During lunch with my colleagues we had a heated discussion about how automation has improved things for mankind. Of course, all kinds of heavy, dangerous and mind-numbingly repetitive work was taken off our hands during the industrial revolutions (18th/19th century). And because of the digital revolution (20th century) distance became a relative thing, and information is available (for free) everywhere now. Automation has improved a lot of things for us, but these revolutions also caused big worldwide challenges. Such as climate change, inequality (in the broadest sense of the word) and (mental) health issues. Now, in the era of the fourth industrial revolution, the issue of our relationship with technology is more relevant than ever.

Do you know the term “tech-lash”? I see it more and more often, and it says a lot about how displeased people are with the impact that tech giants like Google, Amazon, Facebook, Apple and Microsoft have on our daily life. It used to be a privilege for a designer to be able to work for a designer like this, but these days the talk at parties is usually about all kinds of ethical dilemmas. It’s this sense of ‘we won’t put up with it anymore’. For example, Arjen Lubach was all over the global news regarding his ‘Bye Bye Facebook‘ campaign.

But the facts don’t add up: people use more technology than ever. All over the world, on average people spend about 6.4 hours online every day. Especially now that we are more reliant on technology for our work and social life than ever, due to the Coronavirus. Technology plays an increasingly important role in nearly all aspects of our daily life. It’s so interwoven with our daily life, that it feels like an extension of ourselves.

Humans are not against technology, they even love it, but the love is not mutual. That is why I would rather call it a tech-clash. The reason for this is that many IT companies have an outdated industrialised mindset, with rules of play from a time that technology didn’t have such a big impact on our lives yet. OK, but we are learning and evolving, so why is the love not mutual yet?

I see a lack of vision and will to really make people the central point in the development of new technology. The power of money, tech giants want to maintain their monopoly and have more to gain from keeping us docile. Now all the power belongs to the 26 richest people on earth, who have just as much as the poorest half of the global population.

For instance, artificial intelligence is often used in an invisible way, so that people are not aware of decisions that have a direct impact on their lives. Concerns about safety, privacy and ethical issues make people suspicious of digital technology innovations from companies. Closed ecosystems make user experiences incoherent.

It’s time for IT companies to create more human-focused experiences, by leaving their industrialised mindset in the past. It’s time for a world that uses technology and innovations sustainably, and as transparently as possible. This is possible, if we divide the power of these tech monopolists equally. This will make ratios at the bottom more even, and fantastic innovations will get a fair chance.

The success of the fourth industrial revolution will depend on the capacity of IT companies to lift the human experience to a higher level. This will make the lines between the physical, digital and biological world fade more and more. In order to approach this in the right way, we will have to redefine the relationship between people and technology. To fall in love again, with mutual respect for each other and the environment. (-;

I am picturing a world that uses technological innovations fairly and sustainably, and as transparently as possible. A world with more human technology. 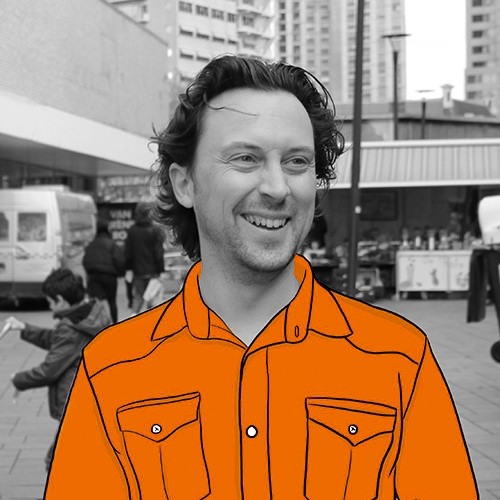 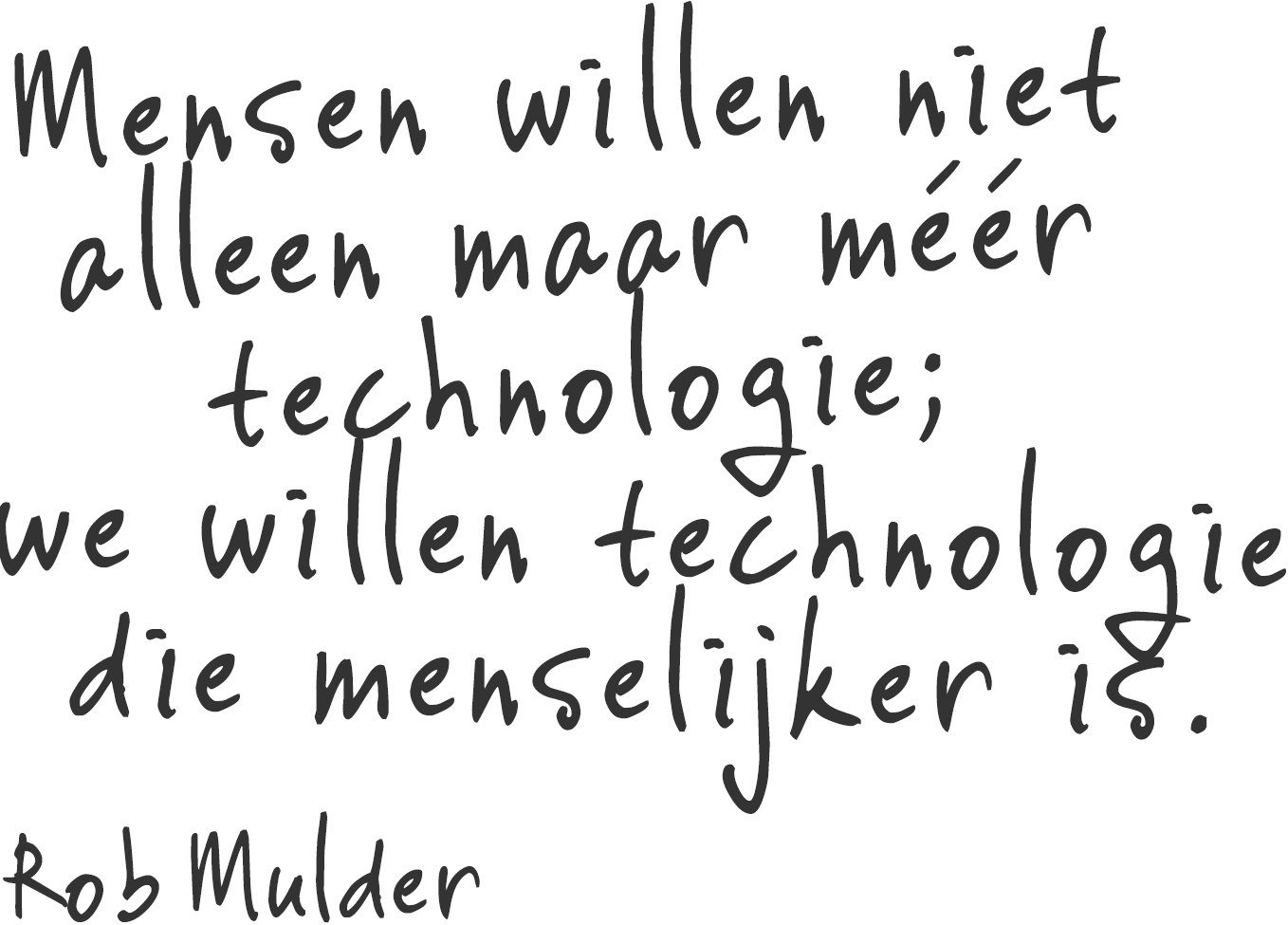 Back in 1999, Prince had this to say way before Instagram, Twitter and Facebook. “There’s a war going on in the mind, and the prize is the soul”.
Douglas Rushkoff, a leading voice for applying digital media towards social and economic justice, claims that we are not using technology, technology is using us.

The I in Experience

Pioneering companies collaborate intensively with customers, employees and partners, in order to create digital experiences. People still want the benefits of custom work, but they are sceptical about the non-transparent methods that companies use to supply it. They want to manage their own data and experiences.

The idea of product-ownership is changing. When people buy products, these are more and more frequently not physical items, but channels for various experiences. Companies need to acknowledge this new ‘co-ownership’ reality with customers, and continuously adjust their products and ecosystems, so that they can keep facilitating these experiences.

Robots in the Wild

Robots are moving from the warehouses and factories into the wide world, enabled by decreasing hardware costs and the rise of 5G. Since robot capacity goes far beyond controlled environments, companies will be dealing with challenges relating to talent, and questions about the interaction between humans and computers.

The operations of companies and governments are increasingly data-driven, and the end is not in sight yet. Just a few years ago, big data was the big new thing, and now there is already a new development: blockchain. A decentralised system, that can be used to store, manage and share data in a fair, transparent, and safe way.

We are happy to help

With our ‘Human First’ approach, we are gonna find the human behind the questions. We involve end users and stakeholders actively in this process. By making their emotional needs the point of focus, we can achieve smart digital solutions. We pay attention to the complete organisation: from goals to support, from technology to process. In a ‘what’s in it for us’ partnership, a business case with more productivity increase is possible.

Dare to be inspired during a creative brainstorming session. 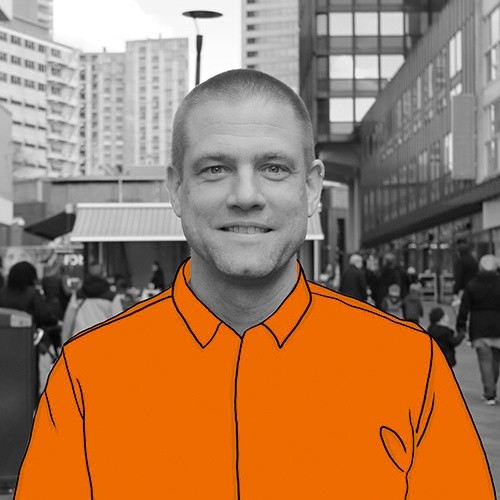 A committed IT-allrounder with ‘nerd’-roots in his attic room, with a passion for innovation on a larger scale. Loves attending Lowlands festival. 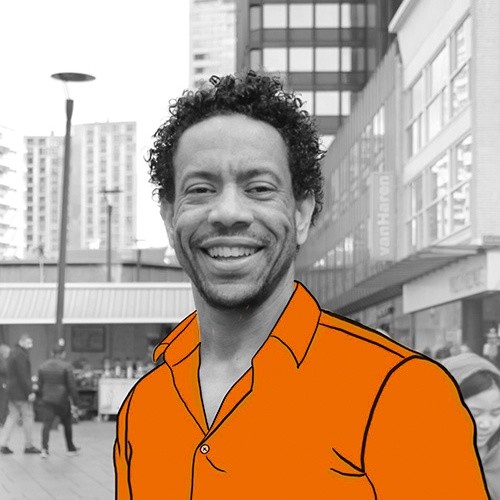 A pragmatic and strategic professional, committed to making personal development measurable. Passionate about cooking, a fan of sports and a real charmer.